The California Gold Rush refers to the period between 1848 and 1864, with the height of the gold rush in 1852 (1).  The gold rush started when James Marshall discovered gold in the American River while building a mill for John Sutter.  (2)  Marshall's discovery spurred a migration of people to the soon to be state of California.  The first census in the state of California in 1850 indicates the resident population was 92,527 (3).

Newspapers throughtout the country and world printed articles and advertisments regarding gold in California.  Some examples include:

Images of the Gold Rush 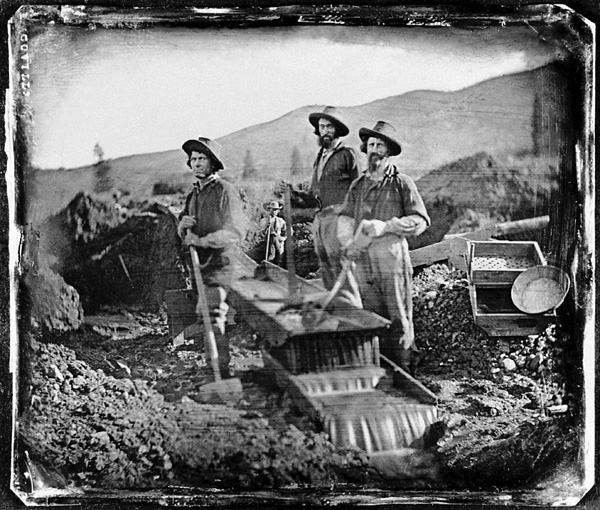 Suggested articles on the California Gold Rush from the internet: